Focusing on Positivity, Hope and Acceptance NOT the “Illness”

Its difficult topic to discuss, but one that needs a serious discussion, both in the area of mental health, acute care and chronic illnesses. I stumbled across an article yesterday that gave me pause to reflect upon the “Recovery Framework” that is bandied around by mental health professionals, and indeed by myself at times. One striking quote is as follows:

“The word “recovery” suggests that people need to return to a “normal” state, rather than embrace their differences. What does a person with bipolar disorder or autism need to “recover” from? When people realize they are not their diagnoses, they can start to find things that actually work to help them live successful and productive lives. That’s hope, not recovery.” (Liza Long, 2015: https://www.huffingtonpost.com/liza-long/5-reasons-i-wish-we-would_b_6502318.html)

She then discusses the differences between chronic illnesses and mental illness – both in terms of stigma and then subsequent “recovery”:

“… if people recover, why aren’t you recovering? It must be a choice you are making, or something you’re doing wrong. Some people tell you the medications you take are preventing you from recovery. Others tell you that your choice to stop medication is preventing you from recovery. Who is right? Hope is a universal concept that embraces a wide range of possibilities. Recovery seems dependent on a prescribed set of treatments that may not work for everyone… We would never apply the blanket expectation of recovery to any other chronic illness or disability. With cancer and autoimmune disorders, we use the term “remission” to describe a life-threatening systemic illness that with luck and treatment has been stopped in its tracks. With other chronic illnesses like diabetes, we talk about managing the illness. But with mental illness, we expect people to “choose” recovery, even when they are experiencing psychosis, or when their disease steals their ability to make rational choices.” (Long, 2015)

Ms. Long talks then about the concept of hope… What I have noticed is that when people focus on their diagnosis and their limitations, this would seem to hold true – it psychologically takes away the concept of hope. Moving further, how can one maintain a positive outlook on life should one lose hope?

Ms. Mims (2016, https://themighty.com/2016/12/focusing-on-positives-of-life-with-chronic-illness/ ) discusses her journey of being diagnosed with Celiac disease and discusses the initial feeling experienced such as “anger, grief, sadness, frustration and fear. There may be tears, and there may be mourning… The thoughts flash quickly through your mind: “But I can’t…”, “But I won’t ever be able to…”, “But now I’ll never have a ‘normal’ life.” Interestingly however, her outlook is that she perceives that these negative thought patterns have the potential make her captive of her own mind, in this way she highlights the fact that she has noted that some let the disease define them and it is there identity. She chooses the opposite of that. In that way, while she struggles at time, she fights for joy in her life so she doesn’t become a captive of her own mind and her identity remains separate to her dis-ease.

So what are we left with? First, how to regulate your behaviours and emotions and then how to move forward onto a path of positivity and hope.

So in this way you need to be able to think that these thought patterns that your behaviours and thoughts are actually causing you harm, and test whether you can resist in these thought patterns or behaviours. “Self-destructive or dysregulated behaviours provide relief or even pleasure in the short-term – but ultimately get in the way of living a life that feels satisfying and fulfilling.” (Wupperman, 2016 Psychology Today). One helpful avenue is to actually process your emotions at the time Wupperman suggests so they do not continue to build into a virtual pressure cooker waiting to explode. If not, it may become a repetitive cycle.

A useful way to think about moving forward has been discussed by Ms. Mulder, a Psychologist who is living with a chronic illness (2017: https://thehealthsessions.com/lessons-learned-about-recovery-from-illness/ ). Albeit, this is at odds with previous assertions about the divergent terminology about “recovery”. Nevertheless, I believe it is up to the individual to choose their own terminology to “fit” with their own journey in order to move forward along their own pathway in life in order to promote hope and positivity. Mulder’s seven steps are exceptional, simple and I believe can be applied to most situations. It moves one from a situation of feeling powerless to feeling empowered. That is a critical switch in thinking that must be taken in many situations whether one is chronically ill, acutely ill or diagnosed with a mental illness. Yet again however terminology is important and thus I will simply say a disabling condition with ascribing or labelling further.

She suggests that one should decide what recovering from this means for yourself:

“The conventional definition of ‘recovery’ is too limiting for these people: it implies a fixed final destination at the end of the road – one that many of us may never reach. So what if we stop thinking of recovery as an all-or-nothing deal, but rather as a continuum with many more stages, variations and dimensions than simply “being better”? ‘Recovery’ can mean anything you want it to be: (small) physical or mental improvements, a better quality of life or being able to do something you couldn’t do before. Meaningful examples of this new version of recovery could be being able to walk to the shops again, becoming more independent, picking up your favorite hobby again or getting back to work parttime.” (Mulder, 2017).

Next, one must remember that it is a long and at time a winding arduous journey:

“Healing is not a linear process. … There are many ups and downs along the way. Depending on your illness – whether it’s curable or chronic, relatively stable or progressive – this process of setbacks and personal victories can repeat itself multiple times. That’s because ‘being healthy’ isn’t as black-and-white as it’s usually portrayed. Most of us find ourselves in the huge grey area between optimally fit and terminally ill. Even a healthy person’s immune system can be working overtime to (successfully) fight off a nasty virus, and even a chronically ill person can have a relatively good week. Your health fluctuates every day for as long as you will live, constantly trying to find that illusive equilibrium… So don’t give up too soon if you don’t notice any improvements straight away. Recovery is a marathon, not a sprint.” (Mulder, 2017).

While I am unsure of the next one (more of a terminology than anything) she discusses the fact that you can fight for your recovery, whilst at the time accepting you illness. Arguably, fighting means a battle and a battle means expending energy that one may not have. Accepting your illness as well may make one resigned to the fact and then you could lose hope. However she most poignantly says here:

“Contrary to what you might think, it is possible to accept your current limitations and keep fighting for your recovery at the same time. Because facing today’s reality doesn’t mean you give up hope for tomorrow. It just means you make the best of the given situation in this moment, instead of forcefully trying to change something that cannot be changed right now. It’s saying: “Apparently, this is all my body and mind are capable of doing right now, and I will live life the best way I know how despite of my illness.” At the same time, you can still take smalls steps every day towards a better health, just without the constant struggle and disappointment of not being able to live up (your) expectations. Focus on what you can control or improve, however little that might be today, and find ways to accept the things you cannot change.” (Mulder, 2017).

Finally Mulder suggests that one needs to arrive at the conclusion that sometimes there is no end goal:

“But sometimes, no matter how hard you try, your body and mind just can’t (fully) heal themselves. If there’s no victory, is it even worth the struggle? Only you can decide that. But to me, it’s not just the destination that matters, it’s the journey – basically, your life – as well. What will you have done along the way? How much joy did you experience? Were you able to achieve some of your dreams by striving? Did you have less pain and symptoms – and therefore a better quality of life – thanks to your recovery efforts? If you’re anything like me, knowing you’ve done all you could have to get better, feel better, live life the way you wanted to can help you learn to accept remaining limitations and disappointments.” (Mulder, 2017).

If we look at this in its entirety (terminology aside) there demonstrates a lot of hope, a lot of positivity and very little focus on the dis-ease itself. Rather the mind, body, spirit continuum and the ability to self-regulate destructive behaviours and the cycles that can occur that will eventually end up making one bitter, twisted and sick of their life as evidence would suggest that leads to chronic depression and a multitude of other co-morbidities (Singer 2001: https://www.ncbi.nlm.nih.gov/books/NBK43790/ ). Changing habits takes a long time to occur (Evans, 2012: https://www.huffingtonpost.co.uk/jules-evans/mental-health-recovery-top-ten-tips-for-recoveri_b_2165212.html ). Termed “Neuroplacicity”, work on developing your brain to develop those hopes, dreams and goals into a serious of goals and then into habits and then keep a journal to the document your progress (Evans, 2012). You may be surprised at the results on what you have achieved!

In sum the take home message is to change your habits, change your thought patterns and definitively choose to think that the dis-ease does not define you as a person. Rather you are a useful, contributing member of society that can go out and achieve what you want to – you may just have to do it in a variety of creative ways that other people may not. A final note is that becoming self-absorbed in your dis-ease bodes no one any good. If you become the observer self, you will begin to understand that everybody has problems, issues and daily struggles and each person considers them just as important as yours; this means you do need to think of others as well during this journey (Evans, 2012). Optimism and social support is vital and also has been proven to prevent a relapse in chronic depression, so I urge you to give this serious consideration (Singer 2001). Without this, there may indeed spark a pathway of self-destructive behaviours that will ultimately affect your health (Wupperman, 2016). By focusing on positivity and hope and considering that this is your journey, allows one to also develop empathy for others, consideration for others and who knows, you may just move that bit closer to the goals you have set yourself without even knowing it! 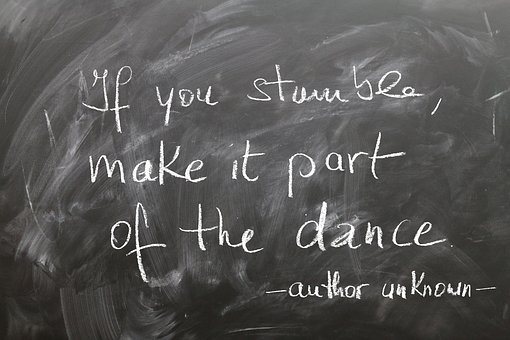 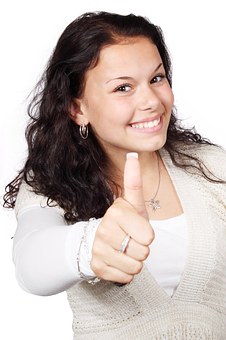 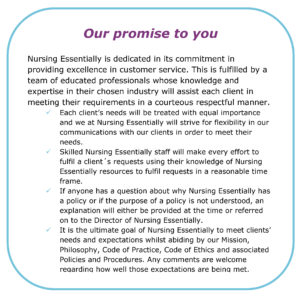 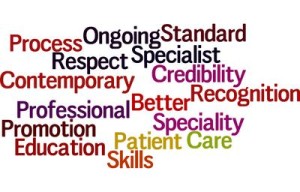 Proudly a member of 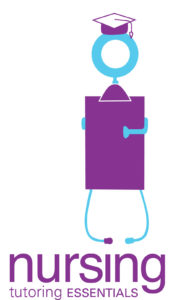 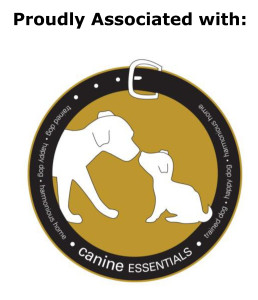